That which we call a rose, by any other name would smell as sweet. This is what Juliet says from her balcony, as her darling waits in the shadows below. Set in Verona, their story has survived centuries and we have all, at one time or another, played their parts. To walk down the roads Shakespeare’s play took place, to see moonlight reflect off the cool stone of Juliet’s balcony are just some of the things to see in Verona.

Unlike the Montagues and the Capulets, the city in which Shakespeare put them in is very much real, and once you see it, you just might fall in love.

Verona is located in the northeast of Italy and is the third-largest city of the region. One of the seven provincial capitals, the city earned its fame not only because of the Bard and its artistic heritage but also because of the number of annual fairs, shows, and operas. The most impressive thing of all – the city has been declared a World Heritage Site by UNESCO thanks to its architecture and urban structure.

What Does Verona Mean? 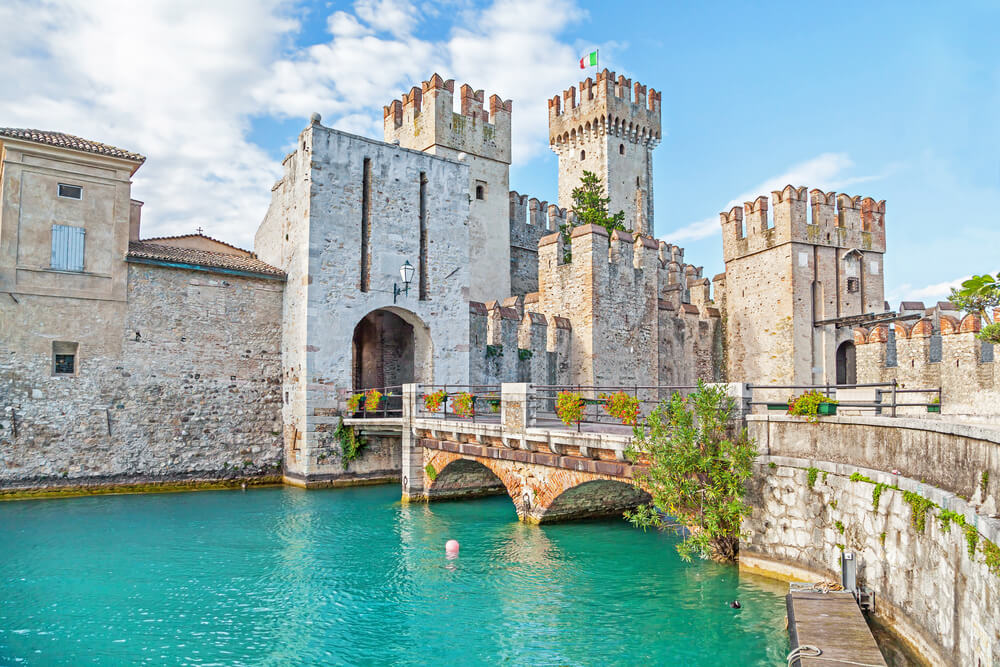 Despite being a known presence since 89 BC, when it became a Roman outpost, the origin of Verona’s early history is shrouded in mystery. The name too doesn’t give much away. One inscription, dated at 245 AD, refers to the city as Colonia Verona Augusta. Almost two thousand years later, the name survives!

The city’s name most likely originates in the Etruscan and Ligurian civilization, who were there before the Romans. Verone, verrone, or virone are all variations on terrace or balcony in Etruscan. However, this is not a proven fact. Today, the meaning of Verona is often said to be truth, though that can be only because it sounds so alike the Italian la verità.

What to Do in Verona, Italy?

Aside from reliving the young puppy love we all felt when Romeo and Juliet were the greatest romantic icons of our lives, there is plenty of things to do in Verona. Here are just some hidden treasures of Verona you can visit and impress your companions with.

Located near the Piazza delle Erbe, on a connecting path between the square and Piazza dei Signori, is an arch of legends. For centuries, large whalebone has been dangling beneath it, the arch itself is named after it, its literal translation meaning the Arch of the Rib.

Nobody knows why it’s there or where it came from. Some speculate it’s a remnant of an apothecary, others that it’s a religious relic. The most popular story is that it will fall only when a person pure of heart walks beneath it. Legends say it may be someone who’s never told a lie, or perhaps someone preternaturally innocent. The origin of this myth may lie in the Middle Ages or Renaissance, when the walkway above the arch was used by magistrates and judges for safe passage between their places of work and their homes, enabling them to, literally, walk above the common people.

If you’re looking for what to do in Verona, and you’ve already been to the ostensibly most famous attraction, Juliet’s balcony, you can take a look at the other side of the coin and visit her tomb. Although a place of lesser renown than the balcony, it’s just as impressive.

Located in Verona’s historical center, the Museum of Frescoes hosts the site of the fictional star crossed lovers’ demise. Inside the former Franciscan church of San Francesco al Corso lies a red marble sarcophagus many claims is Juliet Capulet’s.

While the play is pure fiction, there is historical evidence this monastery was truly the only space where Romeo and Juliet could have ended up. During the 13th century Verona, San Francesco al Corso was the only Franciscan monastery in the area – so there is some truth to fiction, after all.

Not many people think of gardens when they think of Verona or any city steeped in history. However, they are a sight to behold and a perfect way to escape the stresses of the everyday. Located on the eastern bank of the Adige, inside the ground of the palace of the same name, the Giusti gardens are the most exquisite of Verona.

Designed in the Italian Renaissance style, the gardens are eight different squares connected together, where each has its unique design and a central fountain or decoration. You can stroll around the grounds, explore its hedge maze, and rest in the shadows of its small woods.

This is a treat for anyone who has a love for antiques and small oddities. The Gugliemo Marconi radio museum is unique in the world. In its possession is the antenna of the Elettra yacht from 1896, used to transmit the first-ever Wi-Fi signal in history.

The museum primarily tells the story of the radio. Within it, you can see dozens of them – from the very first models to the radios of the 70s and 80s, which boast beauty as well as functionality. A perfect way to spend a quiet morning in Verona, the entrance is free and you can visit the museum from Monday to Saturday from 10 am to 1 pm.

Verona hides another pair of tragic lovers within its walls. Located close to Piazza Erbe, you can find a well where the lovers met their tragic end. The legend originated in the 16th century and tells a story of a soldier who fell in love with a beautiful woman. The woman, unfortunately, didn’t feel the same. Or so the soldier thought.

On a cold winter day, they met at the well, where the soldier accused her of being as cold as the water at its bottom. She responded by challenging to him to prove his claim, and the soldier did, falling to his death in the water below. The woman, however, did secretly love him. Legend has it she felt so guilty she jumped in the ice-cold water after him.

Whether the story is true or not, the well remains as a testament to both of them. Look deep in the well – who knows what you might see.

Whether you have one day or one week in Verona, you’re sure to find something that makes your heartbeat just a little bit faster. Maybe it’s the legend of the whalebone, or it’s the story of star crossed lovers suddenly come to life. Once you decide to take the plunge and fall head over heels in love, we can help you get there. Our luxury chauffeur service can solve all your transport problems and help you experience Italy the only way you should – like a true Italian! Contact us today and enjoy our bespoke services – your trip will be seamlessly coordinated and all you’ll need to do is relax and enjoy yourself.