10 Things to See in Turin, Italy

Turin may not be the first thing that pops in your head when you think Italy, but this city is truly a treasure. This was the first Italian capital, from 1861 to 1865. Still, the capital, though of the Piedmont region, Turin remains a hub of activity, historical wonders, millennia-old buildings and squares that are still in use. It’s also home to one of the most important religious relics, the Turin Shroud.

If you’re traveling to Turin, whether for business or pleasure, there are some things you definitely shouldn’t miss. Here are just some suggestions on what to do in Turin, Italy.

Possibly the most significant of the things to do in Turin is a visit to the Turin shroud. One of the most important relics of the Christian faith, the shroud is said to bear the image of Jesus the Nazareth. While the true origins and nature of the shroud are debated by scholars, it’s significance is not in question.

The shroud is located in the royal chapel of the Cathedral of Saint John the Baptist, and you can see it free of charge. Around it is an exhibition that gives tourists more information on the history and mystery of the inimitable Turin Shroud.

Constructed in the 17th century, the Royal Palace of Turin has been the symbol of political power for centuries. Two statues grace its entrance, the legendary twins Castor and Pollux. Legend has it, you can watch over the border between the sacred and devilish parts of the city.

Located in Turin’s Piazza Castello, this palace’s insides are just as imposing as its outsides.  You can take part in the guided tour and see luxurious furnishings, ornate coffered ceilings, and other royal fineries. The garden, Giardino Reale, runs north, and east of the palace and constructed in 1697 by Andre Le Notre, the same man who designed the gardens of Versailles. 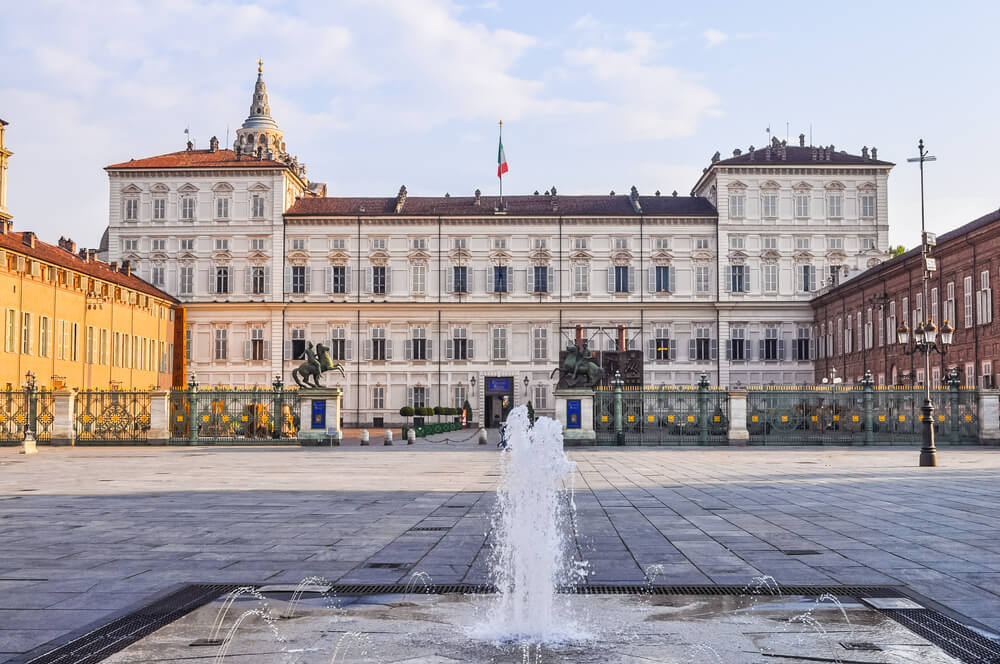 Another grand building among all the Turin attractions is the Palazzo Madame. The first senate of the Italian Kingdom, it took its name from the decorations ordered by two queens. The palace itself was constructed on the remains of a Roman gate from the first century BC. You could say the palace has always been here, in one form or another.

The building became a true palace in the 13th century, and today it’s a historical monument that houses the Museo Civico d’Arte Antica. Inside the ornate and imperious interior, you can find the palace’s Roman foundations, a Medieval Garden. The garden has a vast array of magnificent artwork that stretches from the Medieval to the Renaissance and post-unification times.

Before coffee was the morning drink, it was revered as a drink of intellectuals, politicians, and aristocrats. In the beginning, coffee houses were gathering places for philosophers of all kinds, politicians and artists alike. Among the things to do in Turin, you should definitely include a cup of joe at one of the historic coffee houses! Each is preserved in a state close to the original, so they’re well worth your time.

Caffe del Cambio originates in 1757 and is located in front of the seat of the Subalpine parliament (Palazzo Cardigan). It was only natural that many important Italian political figures were its patrons. Cavour, a leading figure in the Italian unification movement of the 19th century, used to spend his mornings there. The story goes that his secretary would signal him across the window when he was needed.

Another of the original coffee houses is Caffe al Bierin, which is where the drink of the same name was invented in 1763. A mix of hot chocolate, coffee, and cream was enjoyed by Cavour, Picasso, Dumas, Hemingway, Puccini, and Umberto Eco. If you’re spending some time in Torino, Italy, this is 10 minutes worth sitting down for.

For a relaxing afternoon near the water, head over the Valentino Park. Hugging the banks of the River Po, it’s Turin’s second-largest place of balmy walks and rests among the greenery. Another claim to fame, this park was constructed in 1856 and is the city’s first-ever public garden.

Inside hides a gorgeous botanical garden, the Valentino castle, and even a replica of a village from the medieval times. A gentle stroll along its footpaths, cycle routes, and open pastures are a sure way to get the rest you need. If you need some refreshments, the park also hosts a number of cafes and restaurants.

What to see in Turin if you are a lover of cars? Fortunately, you can explore the nooks and crannies of the National Automobile Museum. The museum houses a collection of  200 original vehicles from 80 different brands. Far from being turned only to the past, this museum also takes a peek at the future of both the car industry itself and new engineering technologies.

You can see the first Italian cars dating back to 1896, a 1916 Ford T, 1893 Benz Victoria, and many others. Spanning over three floors, this museum is a must-see for any automobile aficionado.

The origins of this basilica are close to legend. In the 18th century, Vittoria Amadeo II Turin’s region was in danger of being overtaken by France. This danger occurred on a visit to the small chapel overlooking the city, Amadeo promised to build a church if Italy was victorious. It was  and the Superga Basilica was constructed between 1717 and 1731.

While its interior is deceptively simple, the sights that spread beneath it are a thing to behold. From the dome, you can see the city spread out beneath you and even recognize many of the Alpes’ peaks. The Royal Tomb is yet another point of interest,  princes, and kings of the House of Savoy are interred. You can even visit the Royal Apartment, the project was ordered by Amadeo himself, as a place to spend his retirement. Unfortunately, the three floors were never completed, though you can still visit rooms on the first floor of the convent. These rooms served as a home away from home to the royal family during their visits. 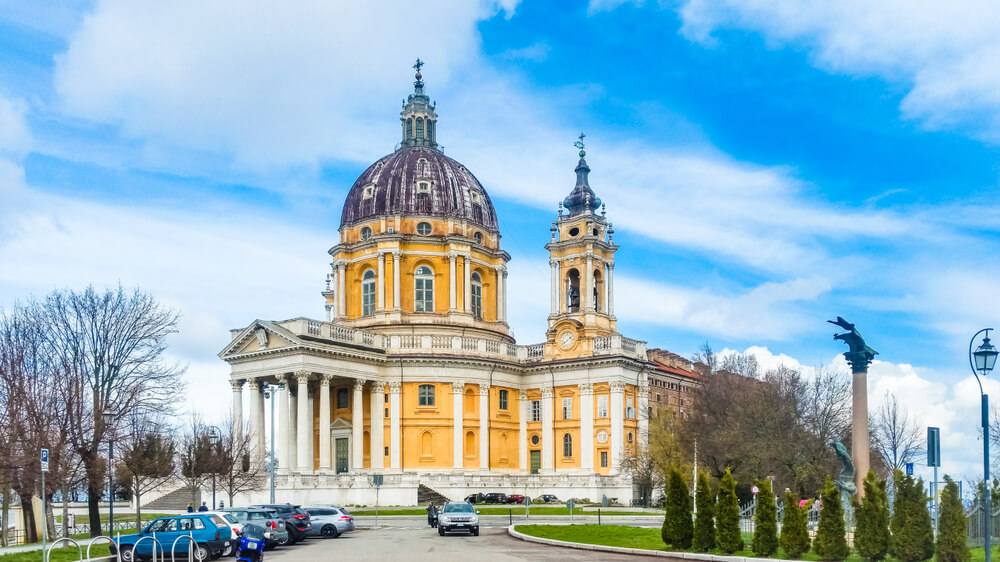 If you’re a cinephile and wondering what to do in Turin, the answer is to visit the National Cinema Museum! Located in the Mole Antonelliana tower, this museum is perhaps the most stunning and attractive find for all movie buffs.

The museum’s collection includes all things film, from big and small the museum has a lot to offer. From magic lanterns to film reels, posters, props, and other objects, the museum is an incomparable collection stretching across five floors. Split into different genres (such as the often lookover sci-fi and horror), the National Museum of Cinema can provide you with hours of enjoyment and fun.

While Turin is not as popular as, for example, Venice or Rome, it’s well worth your time and attention. From sacred relics to history you can drink, Turin is a delight whether you spend one hour or one month on its ever-winding, ever beautiful streets. Our chauffeurs and our luxury cars can help you experience Turin the only way you should, like a true Italian. Get in touch with us and leave the stresses of transport coordination to us. All you need to do is relax.